Admit it or not, Facebook has a great impact on your life and everyone else around you. In fact, ever since Facebook was introduced to the world, people’s lifestyles have drastically changed as compared a few years back. Imagine, Facebook gets at least more than three hundred billion views in a month and that is a whole lot bigger compared to Google which is the world’s most popular search engine.

Because of Facebook, webmasters are gradually adapting a new strategy involving social networking websites rather than search engine based strategies. Why is this? Well, people these days are more often available online in Facebook than any other website. They are too busy liking people’s comments and commenting themselves. They are too preoccupied sharing photos, updating their profile and even playing video games.

Speaking of video games, even the games in Facebook have gotten the attention of the majority of this people and have them playing their games compared to other video games. Some of the most popular games would be Farmville, Mafia Wars, Tetris, and Backyard Monsters to name a few. If you are unfamiliar with these games then you are probably living in a rock or some isolated mountain range.

To discuss a few of these games, Farmville is perhaps the most popular of these Facebook online games. The idea here is that you get to take care and establish your own farm. You plant seeds, crops and take care of your farm animals and even plow the field. You can also ask the help of your neighbors, people who play the game as well.

Mafia Wars on the other hand lets you take the role of a Mafia Boss. As a Mafia boss, you can do money laundering, buy machine guns; get rid of other players and other illegal activities done by the Mafiosi. Tetris has evolved from your traditional brick game into a more competitive online game in Facebook. Here, you battle with random players. The goal of the game is to knock your opponent out through sending those lines each time you clear a portion of yours. The more lines you have than your opponent, the more chances they will be knocked out. The player with the most knock outs loses. The same is also true for the player with the most lines sent to the other player. 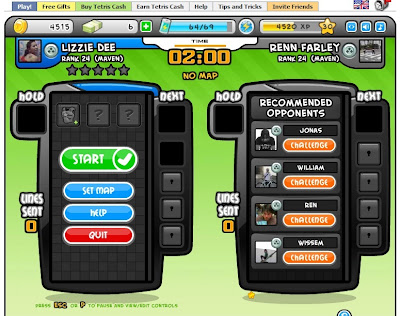 Backyard Monsters is similar to Farmville in the sense that you get to construct your base which is referred to a yard. You build different harvesters where you get your resources to allow you to build buildings and defense towers. Your resources also allow you to create monsters which let you defend your base against opposing players attacking your yard. You can also use these same monsters to attack other players or just some random base. 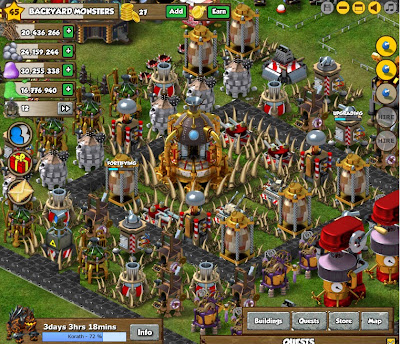 Take not that these is not the complete list of the games available in Facebook. And these games are made in just a short span of time. Who knows what else they can do with Facebook in the near future?