If you have been a fan of Capcom’s recent games such as the Resident Evil series, Devil May Cry and Chaos Legion then Dragon’s Dogma will surely get your attention. Dragon’s Dogma is an action-role-playing game which features an open-world setting. Unlike most video games which have a linear plot, Dragon’s Dogma allows the player to explore the world in any direction he or she wishes. Furthermore, the game combines elements of a survival horror game along with some of their previous games’ action and adventure themes. 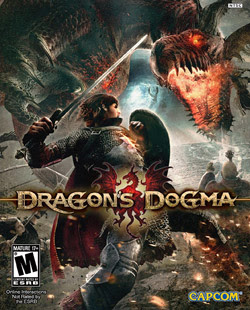 A unique feature that the game has as compared to other action-role playing game out there is that the game has a grab function. Executing this move allows the character to cling or grab unto enemies, object, NPCs or Non-Player Characters and various surfaces. This adds an extra dimension to the game. This also lets the character attack his or her opponents in a different angle. An example would be a warrior grabbing unto the back of a monster and or on the legs of a flying Griffin. As you are aware of, most action games just allows you to hack monsters. You do not get to grab them and slit their throats or anything. But in Dragon’s Dogma, it can be done and can be devastating to some opponents. The NPCs on the other hand are called Pawns in the game. They are there to assist the players in the adventure. In addition, you can borrow pawns from other players out there since the pawn system is linked through the internet. At the same time, other players can also borrow your pawns during their adventures. But the good thing is that whatever the pawns acquire during its adventure is retained.

Furthermore, the world’s setting is dynamic since it has a day and night cycle. What is more fun about it is that it greatly affects a character’s adventure especially during night settings wherein foes are more difficult to spot due to lack of light. This gives the player the horror survival game feeling. The game also incorporates most of the mythical creatures available in various literatures like Dragons, Griffins, Cyclops and many more. In addition, these monsters’ artificial intelligence is well-designed to take on any careless player.

Overall, the game has lots to offer. Even those who are new to Capcom’s genre of action-role-playing games will be able to enjoy Dragon’s Dogma.